Richard Zampella has worked in all areas of the hospitality and food service industry for over 30 years. He has managed the Oak Room at the Plaza Hotel and served as Food and Beverage Manager of the The Essex House Hotel on Central Park South. For 15 years he worked 65 floors high atop Rockefeller Center at the Rainbow Room under legendary restauranteur Joe Baum. In 2010, he created the concept and design for Skipperdee’s Ice Cream Shop in the seaside hamlet of Point Lookout, NY.

As a restaurant designer he executed designs for Heneghan’s Tavern in Point Lookout, NY and Brixx & Barley in Long Beach, NY.

In 2018, he designed, built and re-opened the market Nicholas and Carmela Merola opened in 1930 in the tiny Long Island hamlet of Point Lookout, NY at 40 Lido Boulevard. The Food Mill continues the tradition of operating a community market recalling an era celebrating value and quality. 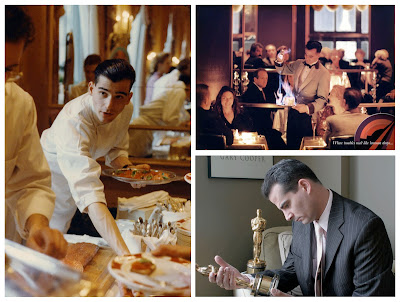 Richard Zampella is the Managing Partner of Transmultimedia. He produced Cooper and Hemingway: The True Gen which is narrated by Sam Waterston. Cooper and Hemingway: The True Gen was reviewed by The New York Times film critic Andy Webster on October 11, 2013 and was named an NY Times Critics’ Pic by Manohla Dargis, A. O. Scott and Stephen Holden. Webster said the picture was proof that the work of these two men "endures and so does what they stood for". Other producer credits include; Sergeant York: Of God and Country for Warner Home Video which was narrated by Liam Neeson and Inside High Noon for Paramount Pictures which was narrated by Frank Langella with an introduction by President Bill Clinton. Zampella is currently working on a documentary about American writer Elmore Leonard entitled 'But Don't Try to Write'.

Richard is the proprietor of Idylease, A Historic Landmark located in Newfoundland, NJ.
Posted by Richard Zampella at 8:57 PM