On the Banks of the Old Raritan: Rutgers Alma Mater

"On the Banks of the Old Raritan" is a song, or alma mater, associated with Rutgers, The State University of New Jersey (previously Rutgers College and Rutgers University), in the United States. The original lyrics were written in 1873 by Howard Newton Fuller, an 1874 graduate of Rutgers College. Fuller quickly prepared the song as a school hymn for the college's Glee Club, an all-male choral ensemble, before a performance in Metuchen, New Jersey.

Posted by Richard Zampella at 5:31 PM No comments:

Hollywood idol Gary Cooper was cast as the lead in a slightly bowdlerized 1932 Paramount adaptation of Ernest Hemingway's A Farewell to Ams and wound up becoming a life long friend of the iconic author, despite their superficial differences in politics and temperaments.

According to writer-director John Mulholland the easygoing, quiet, well-llked, and modest Cooper and the tempestuous, fiercely competitive Hemingway (who had famous feuds with fellow writers but evidently considered the actor no personal threat) helped define American manhood in their era and brought out the best in each other. "Coop" was the one person who could drop in unannounced on the Hemingway homestead, or correct "Papa" on his boorish behavior. Weeks after Cooper's death from cancer in 1961, the ailing Hemingway shot himself.

Mulholland's meaty saga of the lives of these two icons-who had long planned a cinematic project together but never managed to bring one to the camera – nicely meshes film and literary criticism with gossip, and assumes viewer familiarity with, for instance, For Whom the Bell Tolls and High Noon. The documentary film is especially passionate about restoring both Hemingway and Cooper to the artists' pantheon from which detractors (mostly feminists in Hemingway's case, "method" actors in Cooper's) have often tried to demote them.

Richard Zampella is a graphic and webdesigner for Aggies Market. He creates branding and marketing for small business throughout the United States and abroad. Richard works directly with clients to increase web positioning and brand recognition.

As a webmaster, he has created over 400 websites and marketing campaigns for many local businesses in the New York Metro Area and participates in many civic based organizations.

www.trans-multimedia.com
Posted by Richard Zampella at 7:36 PM No comments:

Richard Zampella is the Webdesigner for South Shore Sea Burials 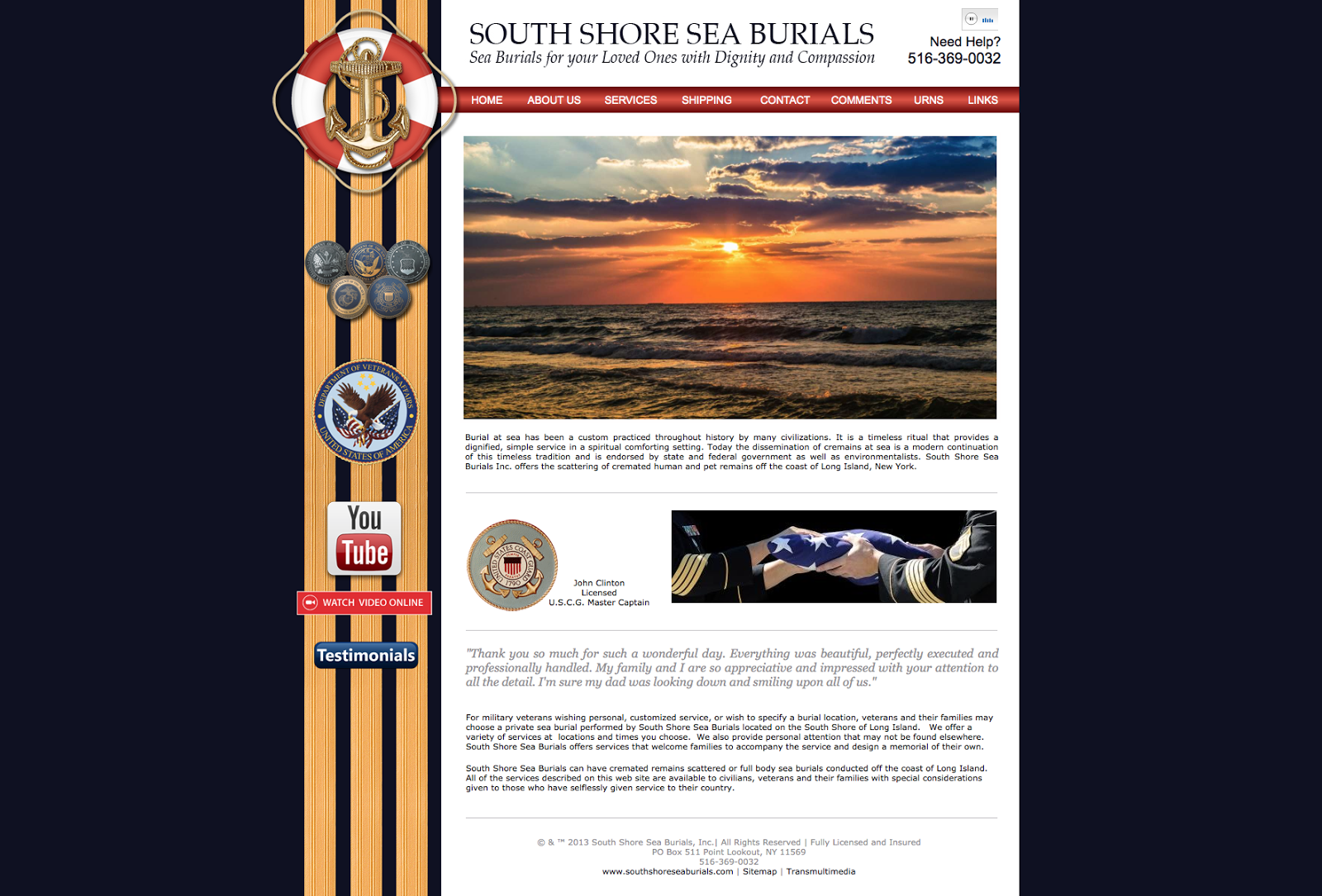 Richard Zampella is the webdesigner for South Shore Sea Burials on Long Island and a US Army Veteran having served as an Intelligence Analyst with the 50th Armored Division from 1983 until 1998.

He was stationed with the US Army Intelligence Center & School at Ft. Huachuca Arizona and A/4Bn/39th Inf at Fort Dix, NJ.

Richard Zampella is the Managing Partner of Transmultimedia, Inc., a creative services company located in New York City.
Posted by Richard Zampella at 7:22 PM No comments:

Richard Zampella is pleased to have designed the website for McIntyre Contracting on Long Island.

As a student of architecture, and the principle that "form follows function", Zampella hopes that the site successfully reflects the sophistication of John McIntryre as a the premiere builder of quality homes on Long Island.

http://www.johnmcintyrehomes.com/richard-zampella.html
Posted by Richard Zampella at 7:10 PM No comments:


NEW YORK, NY (January 7, 2015) — Body in Motion Music, a NY based Music Company is pleased to announce the release of “Hello Sir.” A new single by writing collaborators, multi-talented musician, vocalist and arranger, Paul Gomez and writer Terry Kennedy. Paul Gomez has written and recorded over 300 original compositions collaborating with songwriters such as Tom Dowd and Harry Chapin. 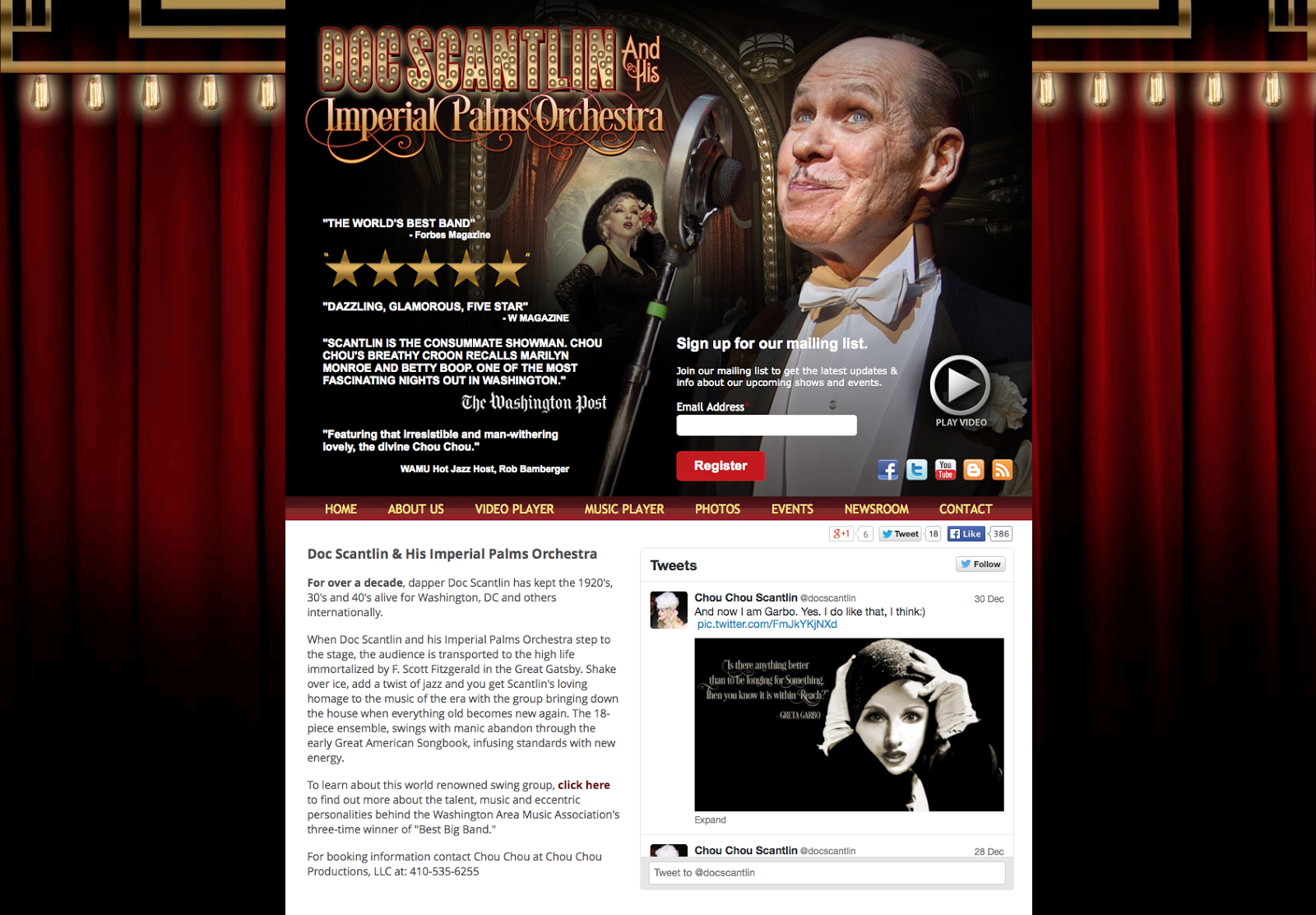 The world received a unique and whimsically fun Christmas present this year: the newly revamped and remarkably hip new Doc Scantlin and His Imperial Palms Orchestra website! This is more than just a long-overdue celebration of what Forbes Magazine calls the "world's best band", it's filled with little surprises - such as the old timey radio featuring a bunch of Doc's classic hits that - believe or not - have never been availalbe before in any form of any kind, YouTube-ish or otherwise.

If you who is reading this is a living breathing entity who has any interesting in living your life in an entertaining manner, then stop wasting any more time and check this out immediately, it's a historic milestone of 21st century proportions.

Click here to read about the brilliant folks at Transmultimedia who are behind this technically creative masterpiece.