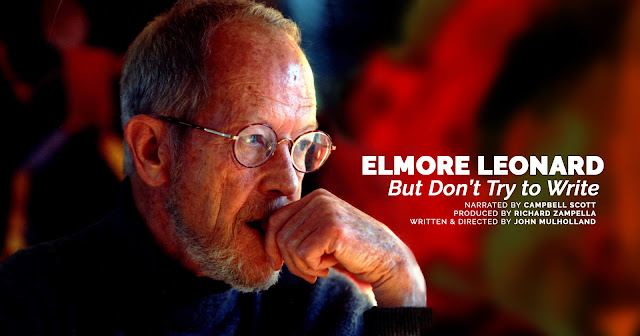 Elmore Leonard, one of the most popular and admired authors of his time, wrote more than forty novels and dozens of short stories. Among his many NY Times bestsellers: Tishomingo Blues, Glitz, Get Shorty, Maximum Bob, and Rum Punch. Unlike most (so-called) genre writers, however, Leonard is taken seriously, indeed, by those in the literary arena. This documentary film from Transmultimedia Entertainment is Produced/Edited by Richard Zampella and Written/Directed by John Mulholland. Craig Gilbert is Executive Producer and Campbell Scott Narrates.

Posted by Richard Zampella at 11:45 AM No comments: