Though he stood only 5’7”, Alan Ladd loomed large on the silver screen. Or, as in such classic Westerns as “Whispering Smith” (1948) and especially “Shane” (1953), very Tall in the Saddle. Ladd’s slight stature was compensated by his deep baritone voice and an onscreen presence that commanded attention. Cliché though it sounds, when Alan Ladd entered a scene, he dominated it. Hero, villain or everyman caught in extraordinary circumstances, Ladd convincingly filled the bill. Offscreen, Ladd was a modest, self-assuming man who was never affected by his stardom. He remained gracious to his fans, never refusing a request for an autograph. His professional kindness and generosity was noted when Ladd was twice awarded the Golden Apple (1944 and 1950) for Most Cooperative Actor. Yet sadly, Ladd suffered from his own personal demons borne of deep insecurities and a not particularly happy childhood. In a 1961 interview when Ladd was asked, "What would you change about yourself if you could?", he replied tersely: "Everything."

Yet onscreen there was rarely another actor who could convey such cool and complete confidence. 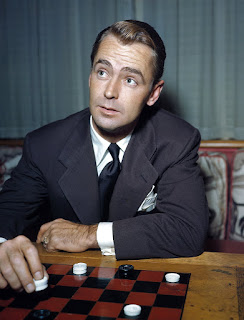 Alan Ladd first gained a reputation as a movie tough guy when he appeared fourth-billed as the hired gunman Raven in the noir classic “This Gun for Hire” (1942). His cold and calculated killer tracking down the men who betrayed him stole the show from the picture’s official stars. Following his success in that film, the previously struggling Ladd went under contract to Paramount where he became one of Hollywood’s biggest box office draws during World War II. His smooth, deep voice was also heard on many radio programs of the time, where after the broadcast he was often mobbed by fans. He was also one of the very few male celebrities whose cover photos sold movie magazines. In 1943, “Modern Screen" magazine ran sixteen stories on him in its twelve issues that year. So great was his popularity, in fact, that he held the unique distinction of being “starred” in a comic book series “The Adventures of Alan Ladd”. In his film work, Ladd was probably most noted for his pairings with the sultry and equally diminutive Veronica Lake, in such mysteries as “The Glass Key” (1942) and “The Blue Dahlia” (1946). After a career slump following too many routine roles in mediocre movies, like “Wild Harvest” (1947), “Saigon” (1948) and “Chicago Deadline” (1950), Ladd made a spectacular comeback as “Shane” in the film of the same name. His mysterious, ultra-cool former gunfighter who outdraws Jack Palance in the film’s famous climactic shootout became one of the foremost iconic figures of Western mythology. Ladd’s “comeback” was recognized when he was voted Most Popular Star at the 1953 Photoplay Awards. “Shane” proved a hard act to follow for the actor. While Ladd could never again recapture the success he enjoyed from that movie, he could take pride in the fact that he had created an unforgettable character through which his popularity continues to endure. 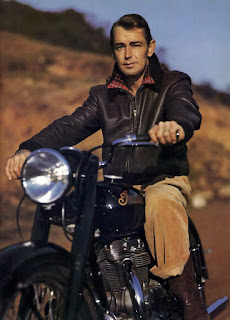 Ladd had his final screen triumph when he played the part of aging former cowboy Nevada Smith in “The Carpetbaggers” (1964). Fans and critics praised Ladd’s performance in the oft-panned film and predicted a new career for him as a solid character actor. Unfortunately, it was not to be as Alan Ladd died on January 29, 1964.

Richard Zampella is a writer who regularly contributes on entertainment subjects ranging from film history to current film technique. Among his production credits are producer of Sergeant York: Of God and Country, narrated by Liam Neeson. Inside High Noon narrated by Frank Langella and Cooper & Hemingway: The True Gen narrated by Sam Waterston. The later was chosen by the New York Times as a Critics’ Pic in October of 2013.
Posted by Richard Zampella at 4:46 PM 1 comment: 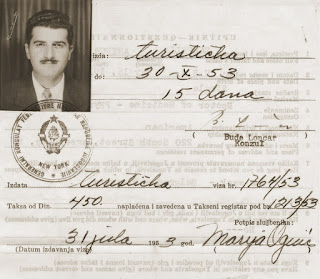 On this day in 1992 Arthur Zampella was stricken with a fatal heart attack in the Newfoundland section of the Township of West Milford.

Farewell. For he shall go a long, long way
With these thou seëst — if indeed I go
(For all my mind is clouded with a doubt) —
To the island-valley of Avilion;
Where falls not hail, or rain, or any snow,
Nor ever wind blows loudly; but it lies
Deep-meadowed, happy, fair with orchard lawns
And bowery hollows crowned with summer sea

From the Arthurian Legend, Idylls of The Kings
-Alfred Lord Tennyson, 1859

For more information visit: www.arthurzampella.com
Posted by Richard Zampella at 4:03 PM No comments: